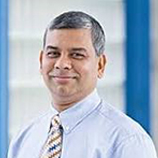 Prof. Deb's research interests are in evolutionary optimization and their application in multi-criterion optimization, modeling, and machine learning. He has been a visiting professor at various universities across the world including University of Skövde in Sweden, Aalto University in Finland, Nanyang Technological University in Singapore, and IITs in India. He was awarded IEEE Evolutionary Computation Pioneer Award for his sustained work in EMO, Infosys Prize, TWAS Prize in Engineering Sciences, CajAstur Mamdani Prize, Distinguished Alumni Award from IIT Kharagpur, Edgeworth-Pareto award, Bhatnagar Prize in Engineering Sciences, and Bessel Research award from Germany. He is fellow of IEEE, ASME, and three Indian science and engineering academies. He has published over 545 research papers with Google Scholar citation of over 149,000 with h-index 123. He is in the editorial board on 18 major international journals. More information about his research contribution can be found 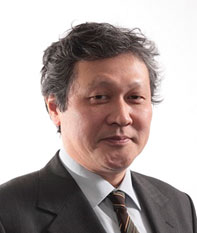 
Akira Hirose received the Ph.D. degree in electronic engineering from the University of Tokyo in 1991. In 1987, he joined Research Center for Advanced Science and Technology (RCAST), the University of Tokyo, as Research Associate. In 1991, he was appointed as Instructor at RCAST. From 1993 to 1995, on leave of absence from the University of Tokyo, he joined the Institute for Neuroinformatics, University of Bonn, Bonn, Germany. He is currently Professor with the Department of Electrical Engineering and Information Systems, the University of Tokyo. The main fields of his research interests are wireless electronics and neural networks. In the fields, he published several books such as Complex-Valued Neural Networks, 2nd Edition (Springer 2012). He served as the Founding President of Asia-Pacific Neural Network Society (APNNS) (2016), President of Japanese Neural Network Society (JNNS) (2013-2015), Vice President of the IEICE Electronics Society (ES) (2013-2015), Editor-in-Chief of the IEICE Transactions on Electronics (2011-2012), Associate Editor of journals such as the IEEE TRANSACTIONS ON NEURAL NETWORKS (2009-2011), IEEE GEOSCIENCE AND REMOTE SENSING NEWSLETTER (2009-2012), Chair of the Neurocomputing Technical Group in the IEICE, Founding Chair of the IEEE CIS NNTC Complex-Valued Neural Network Task Force (2010-), Governing Board Member of APNNA/APNNS (2006-), IEEE Geoscience and Remote Sensing Society (GRSS) All Japan Chapter Chair (2013-2015) and IEEE Computational Intelligence Society (CIS) All Japan Chapter Chair (2017- 2018). He also served as the General Chair of Asia-Pacific Conference on Synthetic Aperture Radar (APSAR) 2013 Tsukuba, International Conference on Neural Information Processing (ICONIP) 2016 Kyoto, and International Geoscience and Remote Sensing Symposium (IGARSS) 2019 Yokohama. Dr. Hirose is a Fellow of the IEEE and the IEICE, and a member of JNNS and APNNS. 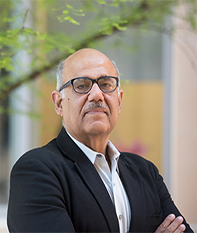 The following is a link to his most cited publications: 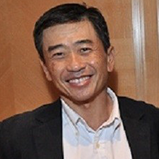 
Prof. Simon See is the Global Head, NVIDIA AI Technology Centre, Singapore. He is also a renowned Professor and Chief Scientific Computing Officer in Shanghai Jiao Tong University. Prof. Simon See is also the Adjunct Professor of the Department of Computer Science & Engineering, Mahindra University. He is currently involved in a number of smart city projects, especially in Singapore and China. His research interests are in the area of High Performance Computing, Big Data, Artificial Intelligence, machine learning, computational science, Applied Mathematics and simulation methodology. Prof. See is also leading some of the AI initiatives in Asia Pacific.

He has published over 200 papers in these areas and has won numerous awards in the field. Prof. See is also a member of SIAM, IEEE and IET. He is also a committee member of more than 50 conferences.

Prof. See graduated from University of Salford (UK) with a PhD in electrical engineering and numerical analysis in 1993. Prior to joining NVIDIA, Dr. See worked for SGI, DSO National Laboratory of Singapore, IBM, International Simulation Ltd (UK), Sun Microsystems and Oracle. He is also providing consultancy to a number of national research and supercomputing centres.